The 7th Special Exhibition: Testimony and Silence – former soldiers facing up to their crimes 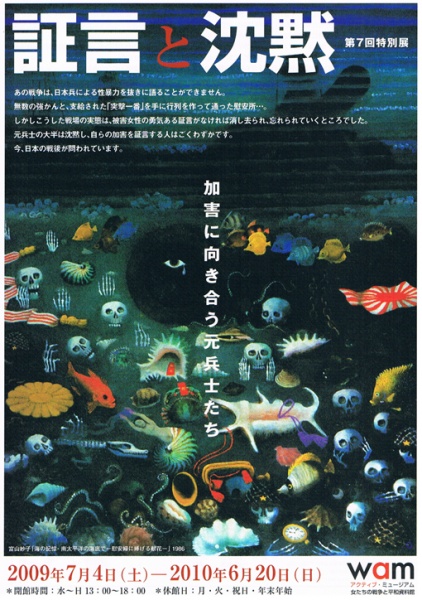 The battlefield was fraught with cases of brutal sexual assault. Holding their military-issued "Attack No.1" condoms, the soldiers queued up, waiting their turn outside the so-called comfort station. The war that our own fathers and grandfathers experienced simply cannot be discussed without mention of sexual violence. In testimonies collected over twenty years, the courageous survivors of wartime sexual violence have spoken out about this reality. In contrast, very few former Japanese soldiers have spoken out about their own violence.

How do these men talk about rape and "comfort stations", and how do they not talk about it? Having returned home from the misery of wartime hunger and disease, do these soldiers think of themselves as nothing other than "victims" of the battlefield? This exhibition offers an insight into Japan’s post-war indifference to its wartime and post-war responsibilities, focusing especially on its sexual violence.