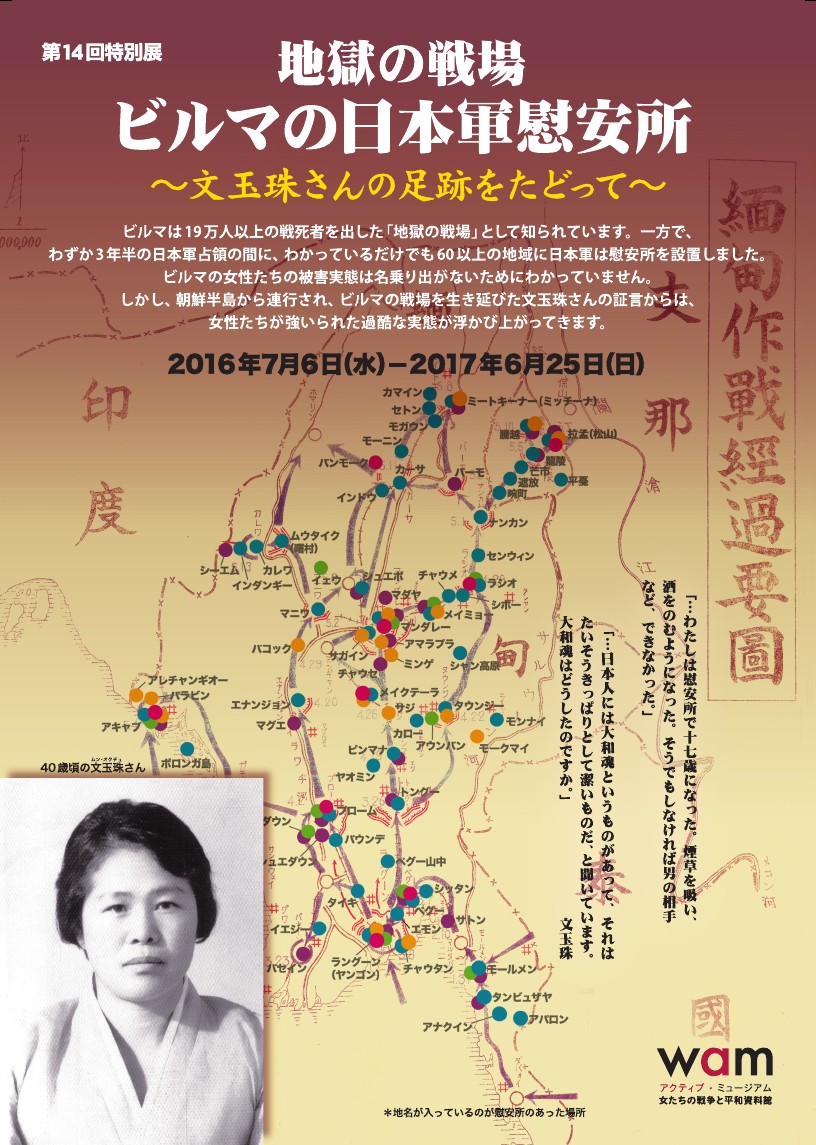 The invading Japanese military briefly seized Burma in January of 1942 only to be thoroughly routed in the counterattack of the allied forces whose overwhelming superiority in troops and resources forced a series of continuing losses and retreats. Countless soldiers died agonizingly from starvation, battle wounds and disease until the front came to be known as the “battlefield from hell.”

Even on a battleground as horrific as Burma, however, we now know that the Japanese military set up comfort stations in no less than 60 different districts. The women and girls made into “comfort women” were taken from Korea, China, Taiwan, Japan and Burma. Bombed from above while being forced into sex acts, the women were swept up in the conflict and fled along with panicking Japanese divisions.

MUN Ok-ju was one of the Korean “comfort women” who accompanied a Japanese battalion across the “battlefield from hell” and miraculously survived. The ferocity of Mun’s will and her astonishing ability to stay alive are breath-taking, but what emerge from tracing her footprints are the reckless abandonment that governed the Burmese front and an image of the cruel lives that the women were forced to bear.

Main Contents of the Exhibit

■ Exhibition Hall No. One

The Burmese Front and “Comfort Women”

*Regarding National Names: Although the Burmese military regime changed the nation’s name to Myanmar in 1989, the current exhibit employs the name “Burma,” which was used during the period when the comfort stations were created.
*About the map on the brochure cover: this is a version of the “Map of Progress of Burma War Strategies” (1942, Army Ministry Printing), housed in the National Diet Library, that has been modified to indicate the locations of comfort stations.