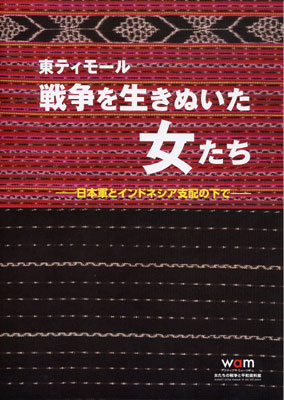 For many years East Timor was occupied and controlled by foreign countries: Portugal, Japan and Indonesia. During those times of foreign domination female victims of sexual violence, including “comfort women”, had no choice but to remain silent. Only recently are women beginning to raise their voices and demand justice.

Learn about the history of aggression and sexual violence committed by troops in East Timor. This is valuable material on the struggle of East Timorese Women. Results of recent studies are also included in this publication.