The 2nd Special Exhibition: Yayori Matsui- Her life and work 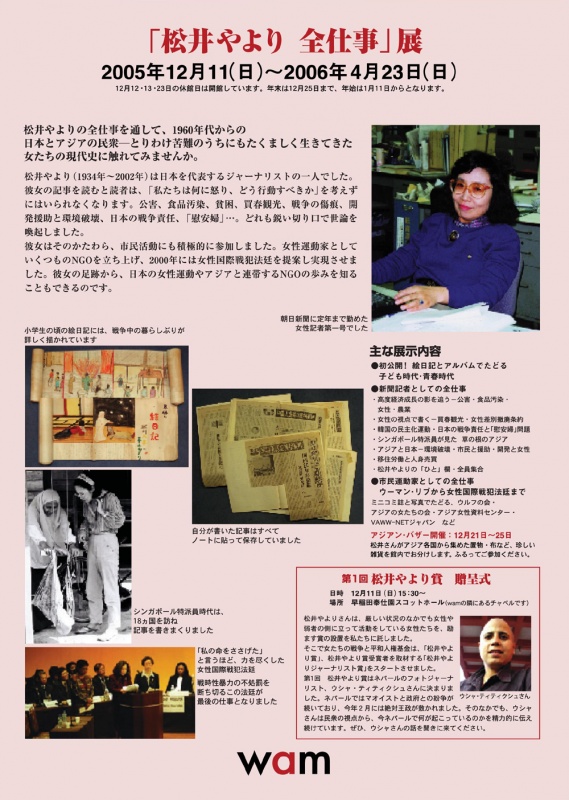 The life and works of Ms. Matsui Yayori Exhibit portrays WAM’s founder, journalist and female activist Ms. Matsui Yayori. The catalogue will include information on such things as her childhood diary and family photos, various scoop articles she wrote for the Asahi Newspaper, and information on her accomplishments as an activist.